As part of their new deal, Amazon Fashion will create a ‘shoppable experience’ for viewers 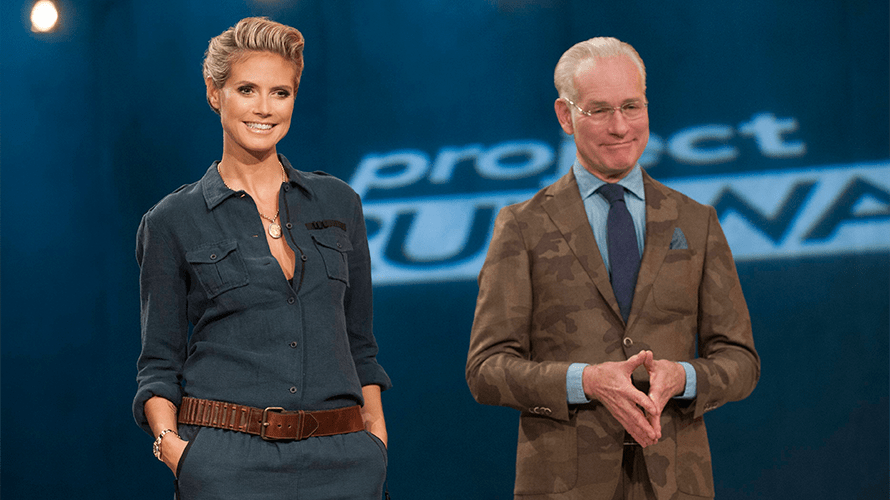 Project Runway is returning to Bravo next year, but the show’s two most famous personalities won’t be making the trip.

Instead, Heidi Klum and Tim Gunn are leaving the series after 16 seasons to create a new fashioned-based reality series for Amazon, which will air in more than 200 countries and territories.

In a release, Amazon said Klum and Gunn’s new show will continue their “commitment to making fashion accessible to a wide audience.” As part of their new deal, Amazon Fashion will create a “shoppable experience” for viewers of the new show.

Project Runway debuted on Bravo in 2004, then moved to Lifetime in 2009, where it has aired ever since. But NBCUniversal quietly reacquired rights when producer The Weinstein Company declared bankruptcy in the aftermath of the sexual harassment and abuse allegations against Harvey Weinstein last fall.

During the NBCUniversal upfront event in May, Andy Cohen announced that Project Runway would be returning to Bravo for Season 17.

But now, that series won’t include either of its two biggest stars.

“Heidi Klum completely changed the television landscape by developing a competitive reality fashion series that was unproven and different from what was popular on-air. The show became wildly successful, and in turn, Klum and Tim Gunn have become an iconic pop culture duo,” said Jennifer Salke, head of Amazon Studios, in a statement. “Their drive to deliver fashionably entertaining, engaging and trendsetting content speaks for itself, and we believe their next iteration in this space will find an even larger audience on our global Prime Video runway.”

Amazon landed Klum and Gunn after streaming rival Netflix made noise in the genre with its hit reboot of Queer Eye—which, like Project Runway, also originated on Bravo.

“After 16 incredible seasons, I am saying ‘Auf Wiedersehen’ to Project Runway,” said Klum in a statement. “I’m most excited that my journey with my dear friend and colleague, Tim Gunn, is far from over.”

Added Gunn in a statement, “I am grateful to Project Runway for putting me on a path I never, in my wildest dreams, thought my career would take me! I am so proud to have been a part of the groundbreaking process that showcased talented young designers as never before.”

UPDATE: Bravo has released a statement about Gunn and Klum’s departure: “Bravo is proud to bring Project Runway back where it all began, and Heidi and Tim will always be a huge part of the legacy. The series will continue its iconic impact with Bravo’s reboot for the next generation of designers and fans. We are excited to announce our new host and mentor very soon.”