Lyft and Equinox join returning marketers for this year's event 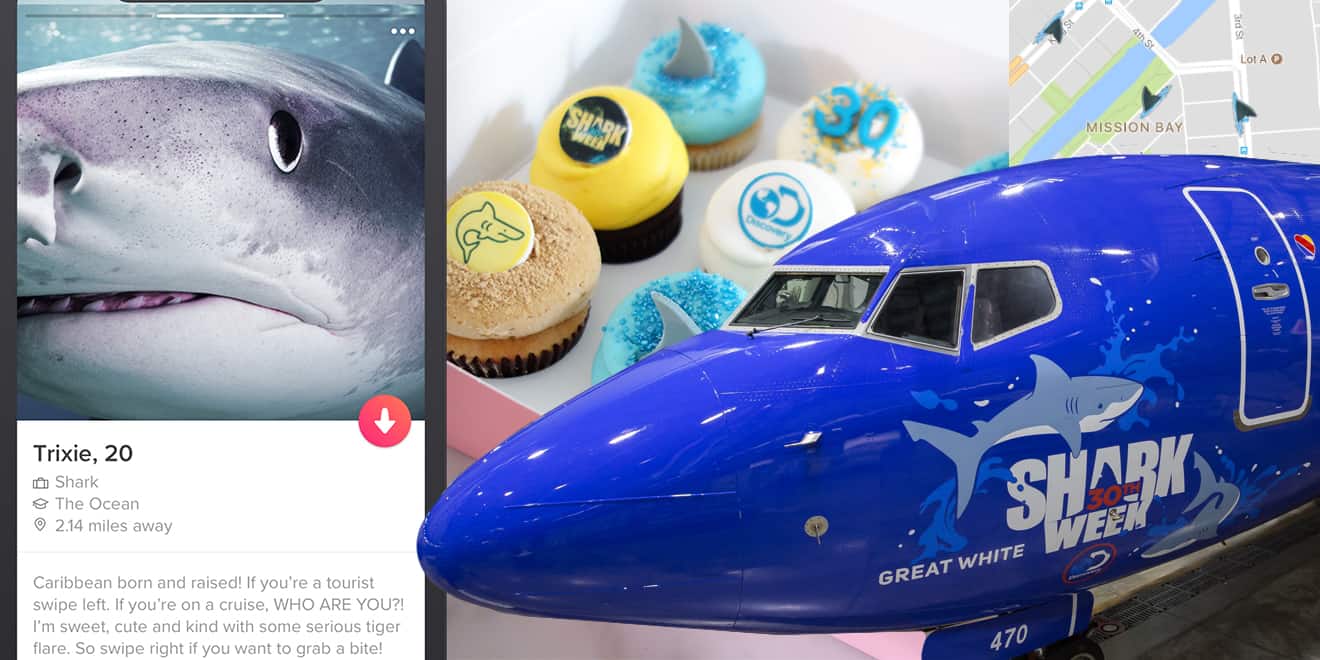 It’s no surprise that Discovery has lined up several new and returning partnerships for its biggest Shark Week yet, as the franchise celebrates its 30th anniversary. But the network has lined up one unexpected new brand to help promote this year’s event, which debuts on Sunday: Tinder. 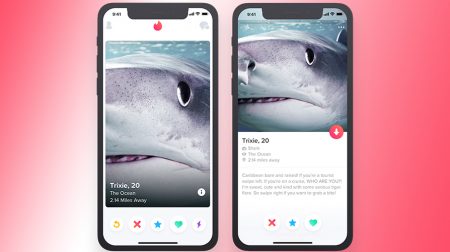 Discovery worked with Tinder to create five Shark Week-branded profile cards that will be live in the dating app from July 10-29. Those cards will feature different sharks, who will give advice on finding Shark Week dates and how to help save sharks around the world.

As part of the partnership, Tinder also teamed with Pledgeling, the charity-giving platform, to power donations through its app to Shark Week’s nonprofit partner, Oceana,the largest international conservation group working solely to protect the world’s oceans.

This year, Oceana and Discovery are teaming up to help protect vulnerable hammerhead sharks, which are one of the species most threatened by the shark fin trade.

Equinox is hosting Shark Week-themed EQX swim classes at their Newport Beach and South Bay locations in California and will hold advance screenings of Great White Abyss, one of this year’s new Shark Week programs at those same locations. The gym is offering Shark Week swim caps on Tuesday and Wednesday.

Between July 20-29, Lyft customers can use the code SHARKWEEK to unlock a custom Shark Week Lyft experience, with shark fins in place of nearby Lyft cars. 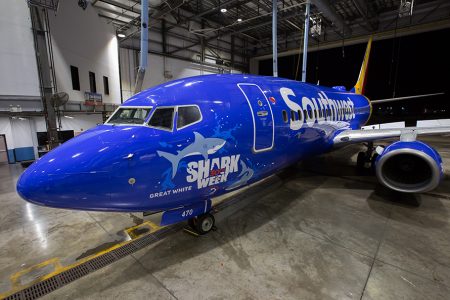 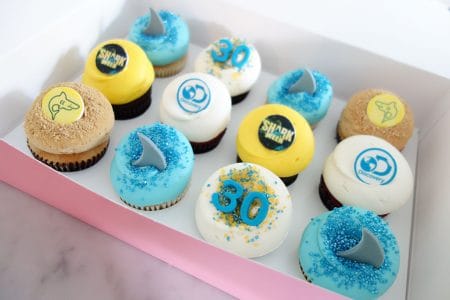 Georgetown Cupcake is celebrate this year’s event with the 2018 Shark Week Dozen, available in all locations nationwide. On Thursday, the brand will build a Shark Week-themed cupcake installation live on its Cupcake Cam.

Discovery kicked off its Shark Week marketing earlier than usual this year, partnering with Swedish Fish in April for a wide-ranging campaign that will include an ad, a mobile game and co-branded packaging.