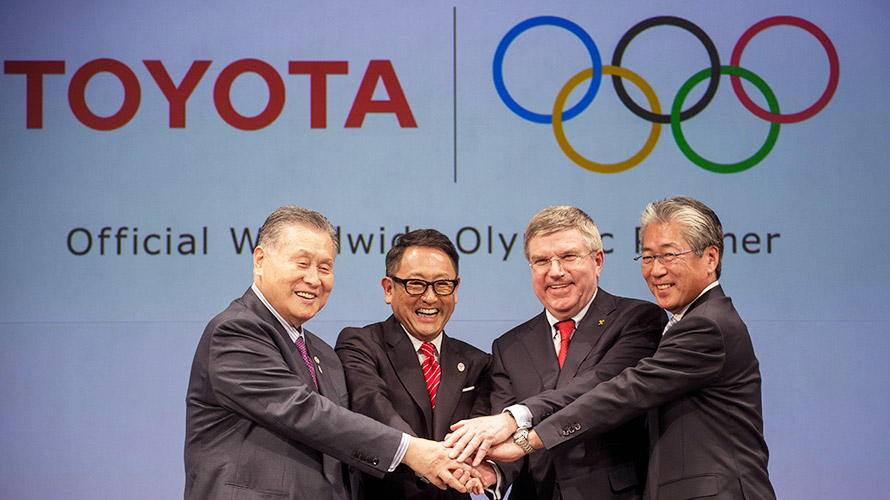 While NBC opted against airing six-second ads in the Super Bowl, the network will be rolling them out for the first time during the Winter Olympics, beginning Saturday night. And NBC Sports has partnered with Toyota, which will be the exclusive brand airing six-second spots during NBC’s Olympics coverage.

Beginning on Saturday, NBC will air a pair of six-second spots from Toyota during 12 nights of its primetime Olympics coverage. The brand will additionally contribute two six-second ads during eight nights of NBC’s Prime Plus Olympics telecast, which will air after the local news, until 2 a.m. ET.

The six-second ads will not run during tomorrow’s opening ceremony, which will feature 30 percent fewer ads than NBC included in Rio’s kickoff.

The brand has created custom six-second spots as part of its larger Olympics ad buy, said Dan Lovinger, evp ad sales, NBC Sports Group. “Toyota is an IOC top partner, and we’ve been working with them on that for quite some time.” Toyota signed on as a global Olympic sponsor in 2015, becoming the first car company to join the International Olympic Committee’s marketing program.

The six-second format has been building momentum, with brands and agencies expecting it to gain real traction this year. Fox has led the charge, rolling out its first six-second linear ad during the 2017 Teen Choice Awards in August, and expanding the format last fall to Fox Sports telecasts, including NFL and Major League Baseball games on Fox. AMC aired six-second spots at the start of each Walking Dead episode last fall.

Lovinger had considered running six-second ads in Sunday’s Super Bowl, but “at the end of the day, it doesn’t make economic or creative sense for us to do it right now,” he told Adweek last month.

However, the Winter Olympics were a better fit for the fledgling format, because the Games offered “natural transition points” where they could be deployed, such as between events or when the anchor desk hands off to a venue, Lovinger told reporters in October.

Toyota is one of several brands that purchased inventory in both Super Bowl LII, where it ran three touching in-game ads, and the Winter Olympics. NBC Sports expects to collect $1.4 billion in ad revenue from the Super Bowl and Olympics, with one-third of that coming from brands advertising in both February sporting events.

NBC Sports is on track to surpass $900 million in total ad revenue for the 18-day competition, topping the mid-$800 million it raked in during the Sochi Games in 2014.

UPDATE: Thursday afternoon, Lovinger announced in a statement that NBC Sports has indeed topped the $900 million ad revenue mark for the Winter Olympics: “We have surpassed $900 million in national ad sales for Pyeongchang 2018, a Winter Games record. Advertisers continue to support the Olympics because they recognize the unparalleled value and reach it provides over 18 days and nights. We look forward to adding to this milestone as the drama of the Games unfolds over the next few weeks.”