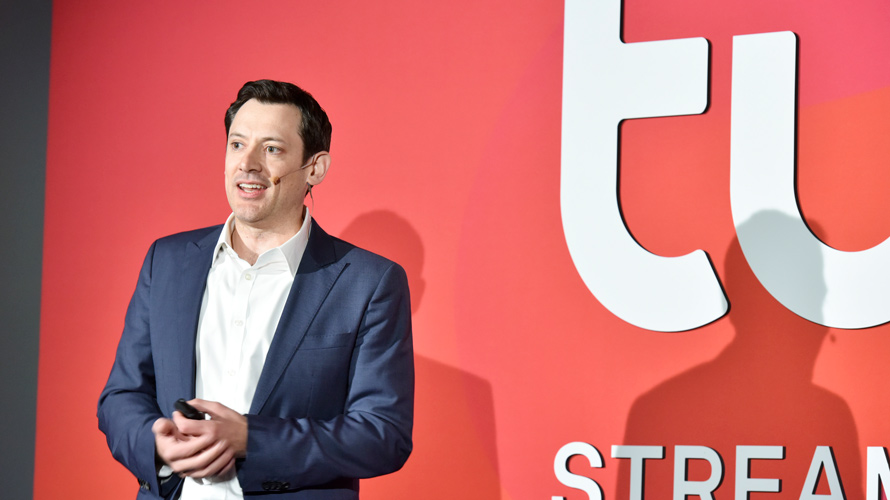 Fresh off its $440 million acquisition by Fox, which was announced last week, the free, ad-supported streaming service Tubi is seeing its biggest usage growth yet. And yes—it’s probably because so many people are stuck at home watching television during the coronavirus pandemic.

Tubi users spent more than 42 million hours streaming programming from March 14-21, and in the past two weeks its total users are up 22%, according to new data provided exclusively to Adweek by the streaming service. In the same two-week time period, Tubi has seen a 50% spike in new users.

All three figures are records for the AVOD streamer, which was founded in 2014. Tubi previously said that as of last December, it had 25 million monthly active users.

The metrics underscore the rapid growth in viewership that many streamers are seeing as people are being told to stay at home to slow COVID-19’s spread. Industrywide, the number of new unique streaming viewers is up 25% since Jan. 31, according to the TV measurement firm Alphonso.

“What we’re facing [with COVID-19] is unprecedented here and is hopefully something we bounce back quickly from, but what’s very unique is how most of the country is sheltering in place at home and looking for new things to do—not just for themselves but for their families,” said chief revenue officer Mark Rotblat. “The growth we’re seeing now really puts a focal point around the places where we’ve already been having some growth for some time.”

Tubi first began seeing a considerable uptick in viewership two weekends ago, the first weekend without live sports programming in decades after the National Basketball Association and Major League Baseball canceled competitions in an effort to slow the spread of coronavirus among attendees, players and staff alike. That tracks with other recent data from Inscape, which recently said that regular sports fans spent 47% more time streaming that weekend.

Since then, Tubi viewership has only continued to rise. Growth was especially large for viewers in the 13-17 and 18-24 demos, a trend that Rotblat attributed to kids and college-aged adults being home from school or spring break and having more time to watch programming than usual. Other factors Rotblat said contributed to Tubi’s growth included more people being at home during the week and streaming shows during weekdays and on weeknights when they would otherwise be out.

Top titles on the service are all movies, including the comedies Little Man and The 51st State; action films like Marauders and Gods of Egypt; and family movies like Teenage Mutant Ninja Turtles. Four of Tubi’s top 10 performing titles last Saturday—ranked by total viewing time—are AVOD exclusives, meaning that the films are only available to watch for free on Tubi’s service.

“With the influx of new viewers, part of what we’re seeing is that they’re starting with the things they can’t find anywhere else, and then from that are being recommended other titles that interest them,” Rotblat said.

Advertiser interest among delivery services is up, and telcos and financial services firms are still spending steadily on the platform, Rotblat said, but travel industry spend and entertainment spend on things like theatrical movie releases and amusement parks have expectedly dropped off.

For other advertisers working with the streamer, the challenge remains for brands and agencies to navigate the new normal and figure out long-term advertising strategies as the ground continues to shift under their feet.

“We’re finding that our agency partners are in war room-type situations every morning with their clients because clients are just trying to figure out what to do,” Rotblat said. “Some clients’ entire businesses might be around collecting groups of people together, so the question is how long this will last. Other people are having production concerns because people can’t manufacture their products, so they might be putting advertising on hold.”

Tubi hasn’t altered its marketing or library acquisition strategy as a result of the pandemic, Rotblat said, nor has it made major changes to ad spend in recent weeks.

“We’ve certainly had discussions about it, but it’s one of these things where while we want people to be aware of the service that we have, we also want to make sure we’re striking the right tone,” Rotblat said. “This is a very difficult time for people and so we’re fortunate that we’ve always been focused on the fact that we’re free and we’re entertainment, and a lot of people are looking for escape right now.”

As the fallout from coronavirus continues to ripple through the entertainment and media industries at large, Tubi is well-insulated against some of the immediate effects on production and development since it doesn’t produce original content of its own.

The way that the Fox acquisition will affect the streamer, too, isn’t immediately clear. The company is prohibited from changing its messaging or go-to-market strategy as it relates to Fox prior to the deal’s anticipated closure, which is no later than June 30.