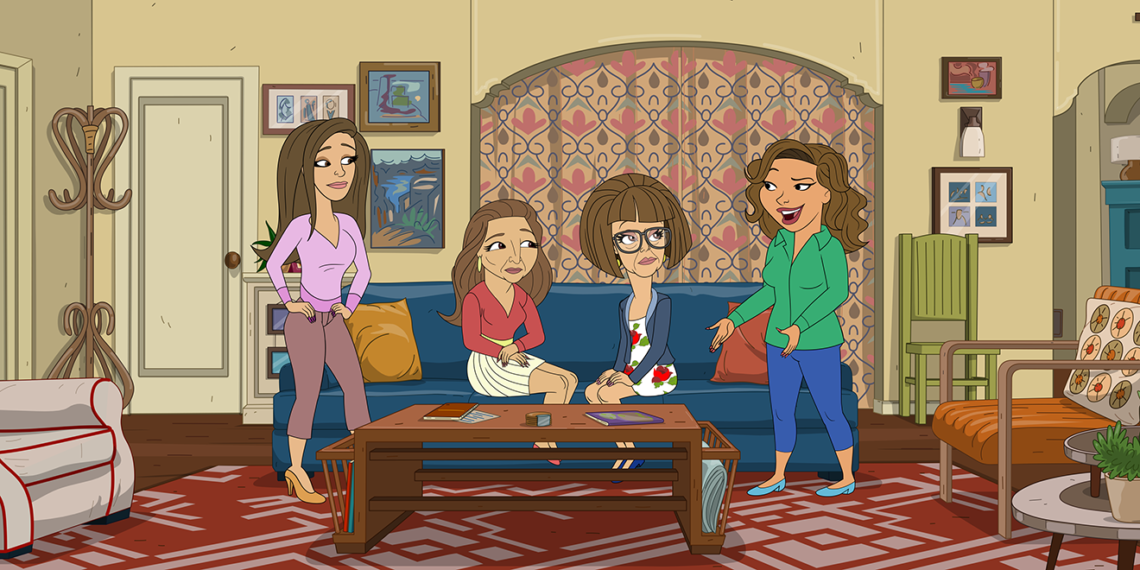 One Day at a Time chose to animate a special episode when the pandemic hit and shut down TV productions. - Credit by Courtesy of Pop TV

It took about a week in quarantine for One Day at a Time co-showrunner Gloria Calderón Kellett to begin thinking about how to bring her program back.

One Day at a Time, the Latinx family sitcom that moved from Netflix to Pop TV in March, had been forced to shut down filming in mid-March due to Covid-19, meaning the series would go on hiatus just six episodes into its fourth season. But Kellett, feeling like the show’s voice was needed during the pandemic, began looking through previously written episodes to see if there was a way to reimagine a script without a live-action shoot.

“We had just thrown together a little quarantine promotion that all of the actors were happy to do, and I thought, ‘Is it possible that we could do one of the episodes animated?’” Kellett recalled wondering during a conversation with her husband, cartoonist Dave Kellett.

The resulting effort is an animated One Day at a Time special that will air June 16. From reality series like American Idol and The Voice to dramas like The Blacklist and All Rise, shows hamstrung by production shutdowns have looked instead to finales or specials made remotely.

It’s a move that appealed to insatiable consumers looking for new programming, while giving advertisers an opportunity to align themselves with a slate of bold experiments. “With the majority of or most of a season already shot, it’s as good a time as ever to test and experiment and try something new,” said Cara Lewis, evp of U.S. video investment at Dentsu Aegis Network.

The first step for One Day at a Time showrunners was to dig through existing scripts to see which might be repurposed for alternative formats.

The selected script was a politicized episode where main character Penelope Alvarez (played by Justina Machado) and her family envision a visit from conservative relatives. “[It] was already a departure from our usual live-audience-filmed-like-a-play style and involved a lot of fantasy sequences,” showrunner Mike Royce said. “After discussing, we realized that animation could actually be a perfect style for this particular episode.” 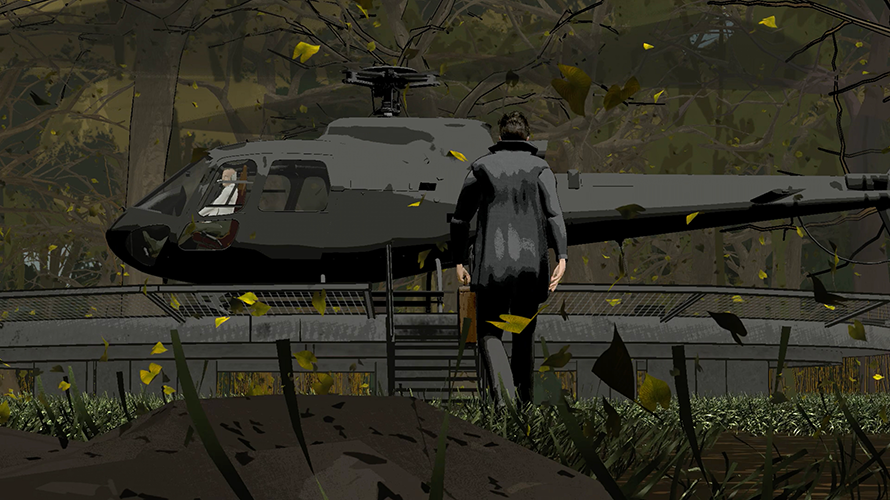 NBC drama The Blacklist’s animated finale allowed writers to work in a helicopter sequence that is “typically difficult for us to do on our tight production schedule.
Courtesy NBC

One Day at a Time writers weren’t the only ones in the industry having those conversations. At NBC, drama The Blacklist was only four days into a nine-day shoot before the shutdown, about half of what producers needed to finish 19th episode of the season’s planned 22. After two weeks of accepting that the show would have to end its season early, creator and executive producer Jon Bokenkamp began thinking about alternatives to finish Season 7 in a novel way.

“We thought about presenting the episode like an old-time radio show, where we would simply put a radio up on screen,” Bokenkamp said. “We talked about doing a Zoom reading with the cast. Once we remembered that we had Blacklist comic books written by Nicole Phillips, we thought maybe we can use those images to fill in some of the scenes we didn’t get to film. That eventually led us to, ‘Well, why don’t we just animate the unfilmed scenes?’”

For both One Day at a Time and The Blacklist, choosing animation meant considerably speeding up the animation process, generally a time-consuming endeavor. “I’m told it takes 25-30 weeks to do a pilot of an animated show, so this team really worked around the clock to make this happen,” Kellett said.

With help from animation house Smiley Guy Studios, One Day at a Time turned around the special in eight weeks. For The Blacklist, animation house Proof Inc. returned the finale in five weeks.

“The editors laid down scratch tracks to represent the scripted dialogue, while Zee Hatley, our head of post[production], sent microphones to the various actors wherever they were quarantining,” Bokenkamp said. “The cast was recording their lines into microphones that interfaced with their iPhones, and those files were then sent to [Los Angeles], where the editors built the audio tracks while simultaneously working with the editors to find matching pictures. It really was a crazy, around-the-clock adventure that bridged about five time zones.”

Episodes created remotely, like most things in television, aren’t proving to be a guaranteed slam dunk. While ratings for early remote episodes of shows like American Idol and The Voice were higher than normal, they trended down through the end of the season. The Blacklist’s finale, which received high marks from critics, ticked slightly down in the ratings compared to its previous week’s numbers.

Even if episodes aren’t a ratings bonanza, they do help accomplish a long-term goal for long-running shows: giving audiences a satisfying enough ending or an exciting special to keep them coming back whenever production can resume.

“It’s been exciting for audiences and some advertisers to tune in and see how it’s happening, but I don’t think every single genre or every single show can be successful with this,” Lewis said. In other words, the novelty of an episode made remotely can wear off.

Luckily, the need for remote productions is slowly coming to an end. California Gov. Gavin Newsom allowed productions to resume with stringent health protocols in place beginning June 12, though it remains unclear when most filming will start. That’s good news for consumers and advertisers that have discovered these pandemic format experiments are sometimes harder than they look.

While the remotely shot All Rise episode was “an amazing feat,” CBS Entertainment president Kelly Kahl told Adweek last month, “I’m not sure it’s practical for a show to try to do that on a week-in, week-out basis.” Blacklist’s Bokenkamp agrees: “If we had any idea how hard this would have been, I’m sure we never would have embarked on the adventure in the first place.” 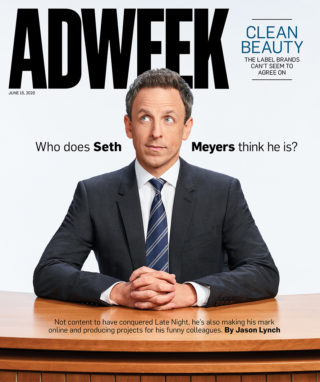 Click for more from this issue
This story first appeared in the June 15, 2020, issue of Adweek magazine. Click here to subscribe.
@kelseymsutton kelsey.sutton@adweek.com Kelsey Sutton is the streaming editor at Adweek, where she covers the business of streaming television.