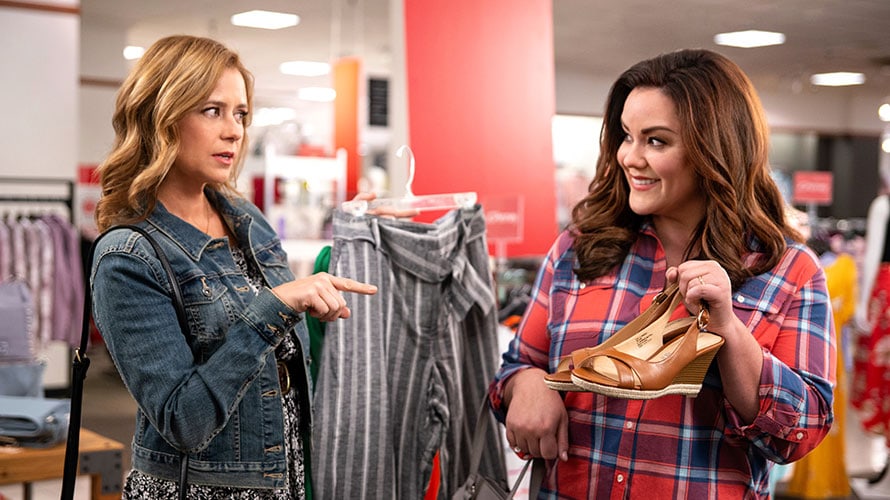 For the first time ever, ABC united characters from two separate shows for a unique piece of custom content. Creators used Jenna Fischer (from Splitting Up Together) and Katy Mixon (from American Housewife) to let fans see what it would be like if the two found each other in a JCPenney store.

The show’s respective creative teams were part of the year-long process, dreaming up what it would be like if the two characters—both leading moms, but with very different taste in clothing—saw each other at the store.

“The amount of work that goes into that creative is really in-depth and detailed,” said Jerry Daniello, svp, entertainment brand solutions, Disney Advertising Sales, “because of the complex and nuances that the average viewer might not realize needs to go into it [due to] the uniqueness of these characters.”

This opens up ABC to creating more custom content in which fan favorites appear in advertisements with other ABC characters. This particular spot will run through Mother’s Day across social and linear.

A 15-second ad will follow each vignette in between select programming on ABC.

The network will release a shoppable experience on social featuring the spots as well as the clothes; users can go straight to JCPenney and purchase online.

“By having two very different ABC characters bump into each other inside a JCPenney store, we can show viewers our latest spring fashion in a really fun, unexpected way,” said Kirk Waidelich, svp of marketing for JCPenney, in a provided statement. “Katy Mixon and Jenna Fischer are fan favorites, and we are thrilled to bring their unique characters into JCPenney for this first-of-its-kind commercial, made in partnership with ABC.”