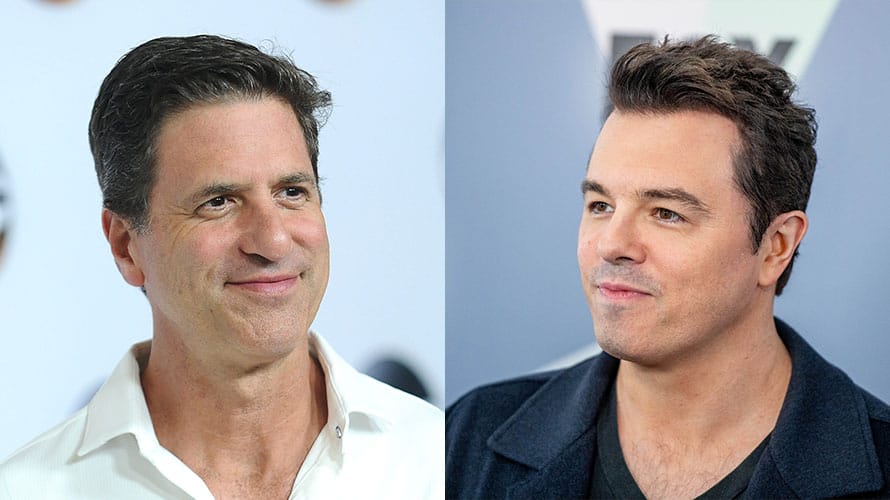 In its quest to hold onto its biggest creators, 20th Century Fox Television is not only dealing with uncertainty over whether it’s new owner will be Comcast or Disney, but it must also contend with the deep pockets of Netflix, which poached Ryan Murphy from the studio earlier this year. The studio now has a new controversy—this one coming from inside its own company—making its biggest talent wary of sticking around: Fox News.

Over the past two days, two of the Fox TV studios’ highest-profile remaining creators—Family Guy’s Seth MacFarlane and Modern Family co-creator Steve Levitan—have said publicly that they are “embarrassed” and “disgusted” to work for the same company as Fox News, given the network’s controversial coverage of children being separated from their parents at the U.S.-Mexico border as a result of the Trump administration’s “zero tolerance” immigration policy.

On Saturday, MacFarlane took issue with Tucker Carlson telling viewers to “always assume the opposite of whatever they’re telling you on the big news stations,” tweeting, “This is fringe shit, and it’s business like this that makes me embarrassed to work for this company.”

In other words, don’t think critically, don’t consult multiple news sources, and in general, don’t use your brain. Just blindly obey Fox News. This is fringe shit, and it’s business like this that makes me embarrassed to work for this company. https://t.co/kC7MPYxdgZ

Levitan, who had earlier tweeted that he “couldn’t agree more” with MacFarlane’s tweet, doubled-down Monday night in response to Laura Ingraham saying on Fox News that the child detention centers were “essentially summer camps [or] boarding schools.” Levitan tweeted, “I’m disgusted to work at a company that has anything whatsoever to do with @FoxNews. This bullshit is the opposite of what #ModernFamily stands for.”

Let me officially join @SethMacFarlane in saying I’m disgusted to work at a company that has anything whatsoever to do with @FoxNews. This bullshit is the opposite of what #ModernFamily stands for. https://t.co/dnvIbgoIyA

He later referenced a mention from Ann Coulter on the network Monday that migrant kids are “child actors,” calling her “the face of pure evil.”

This, folks, is the face of pure evil. https://t.co/HvArmq7Zi1

Notably, both MacFarlane and Levitan’s deals are about to expire at the studio—Levitan’s is up this summer; MacFarlane’s runs out next summer—and this blow-up could complicate efforts to re-sign them at a time while deep-pocketed rivals are eager to lock down TV creators to long-term exclusive deals.

Update: On Tuesday afternoon, Levitan tweeted that because of Fox News, he will be leaving 20th Century Fox Television and “setting up shop elsewhere” after the conclusion of Modern Family—which is expected to end after this coming season—”sale or no sale.”

Fox Studio has been a wonderful home for most of my career - so many amazing people there who share the concerns about @FoxNews but aren’t in the position to speak out.

I have no problem with fact-based conservatism (such as WSJ), but @FoxNew’s 23-hour-a-day support of the NRA, conspiracy theories and Trump’s lies gets harder to swallow every day as I drive onto that lot to make a show about inclusion.

I look forward to seeing #ModernFamily through to the end and then, sale or no sale, setting up shop elsewhere.

Second update: Later Tuesday afternoon, Levitan slightly walked back his earlier tweets in a statement provided by his agent, Jay Sures at UTA, which echoes comments he made earlier this year to Adweek (see below): “I have great respect and admiration for Dana Walden, Gary Newman, Peter Rice and everyone at 20th Century Fox Studios who have all treated me so well for almost two decades. For now, I will take some time to see where those people land, and at that point, make a decision about my future.”

Murphy announced in February he was leaving longtime studio home Fox for a $300 million deal at Netflix, in part because he was spooked by the pending Disney deal. Last August, Shonda Rhimes and her production company Shondaland left ABC Studios for the streaming service.

And two weeks ago, Warner Bros. Television signed a $400 million extension with producer Greg Berlanti through 2024, in part to counter a rival offer from Netflix or another outlet.

Even without the Fox News controversy, the studio was already facing a struggle keeping MacFarlane and Levitan in the fold at a time when it is unclear whom its parent company will be—Comcast or Disney—how the studio will fit into that company’s plans, and which execs will stick with the company at its new home.