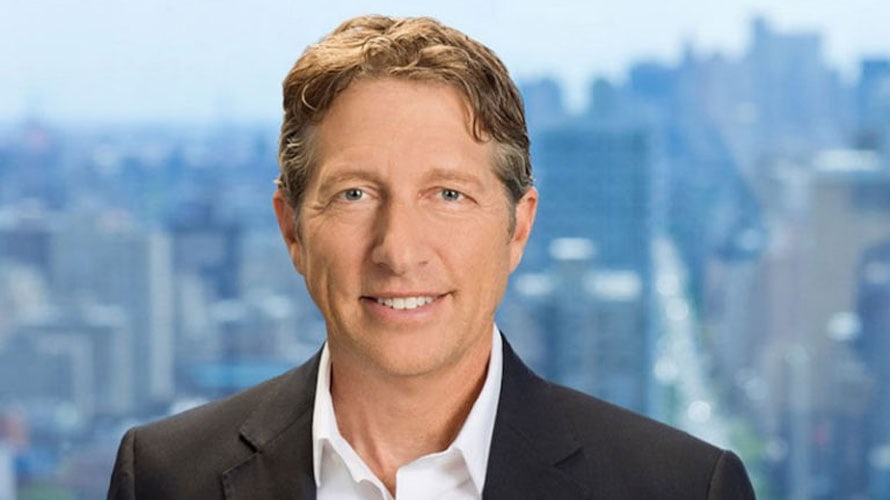 Vince Sadusky, who took over as Univision CEO last year, has big plans for UniMás. - Credit by Univision

Univision Communications is best known for its Univision broadcast network. However, the rebranding of the company’s UniMás network was the most significant news to come out of the network’s upfront press briefing, held this morning in New York.

“We’re making a commitment to investing in this network like never before,” said Univision CMO and entertainment president Jessica Rodriguez.

Rodriguez was joined on stage at the Langham Hotel by Univision CEO Vince Sadusky, who took over for longtime UCI chief Randy Falco nearly a year ago after a 15-year run running local TV station groups. Sadusky served as CFO of Telemundo from 1994 to 2004.

“We’ve said that 91% of Univision’s viewing is done live,” said Univision president of ad sales and marketing Steve Mandala, who also noted that this over-index in live viewing provides advertisers a significant opportunity of knowing when exactly they’re reaching their target consumers.

The new UniMás is going to focus on live programming: sports, entertainment and news. The UniMás rebrand and relaunch includes a nightly newscast that will air weeknights at 10 p.m., co-anchored by veteran TV news journalists Enrique Acevedo and Patricia Janiot. Noticiero Univision Edición Nocturna will be the only national network newscast that will air in the 10 p.m. hour, and launches at an ideal time, ahead of the 2020 presidential election season.

“If past is prologue, our community will be a play pivotal role in the upcoming 2020 presidential election,” Mandala said.

"If past is prologue, our community will be a play pivotal role in the upcoming 2020 presidential election."
-Steve Mandala, president, ad sales and marketing, Univision
UniMás has new unscripted series on deck: Enamorándonos (Love is Calling), a two-hour live marriage show produced in the U.S., which will air on weeknights this fall.

Additionally, Univision is bringing back its big, live event programming and Spanish-language music award shows, each with its own powerful legacy of launching and celebrating Latin heritage and culture. That includes Premio Lo Nuestro, Premios Juventud and the 2019 Latin Grammy Awards, which celebrates its 20th anniversary this year.

She also wants new Univision and UniMás programming to celebrate “the everyday woman.” Explained Rodriguez, “she is authentic, she is complex, and is making her American dream happen for herself and for her family.”

Univision was asked about its expansion in the digital realm. It spoke about its partnership with Twitter, as Adweek reported last week. This will include the 2020 election as well as soccer highlights from Liga MX and UEFA Champions League. Univision will also cover music awards including Premios Juventud, the singing competition Reina de La Canción and the dancing reality show Mira Quién Baila.

Don’t like what you’re seeing on Univision network? Now, audiences can change the channel over to UniMás, which Rodriguez and Sadusky admitted had been underutilized in recent years but will now become an integral part of the business.

Telemundo has been giving Univision a run for its money in the ratings department, and the company earned itself its fair share of poor press in 2018. However, Univision still sees itself as “America’s Hispanic Superbrand” and has an extraordinarily devoted audience. Mandala cited a 2018 Burke Brand Equity Study which said Univision is the most trusted media brand in the U.S.

Sadusky added: “We’ve been investing, we’ve been busy and we’ve really kind of refocused and re-prioritized our goals. [We’ve] really filtered how we see things as now to inform, empower and entertain Hispanic America and be the best Hispanic marketing company in the world.”