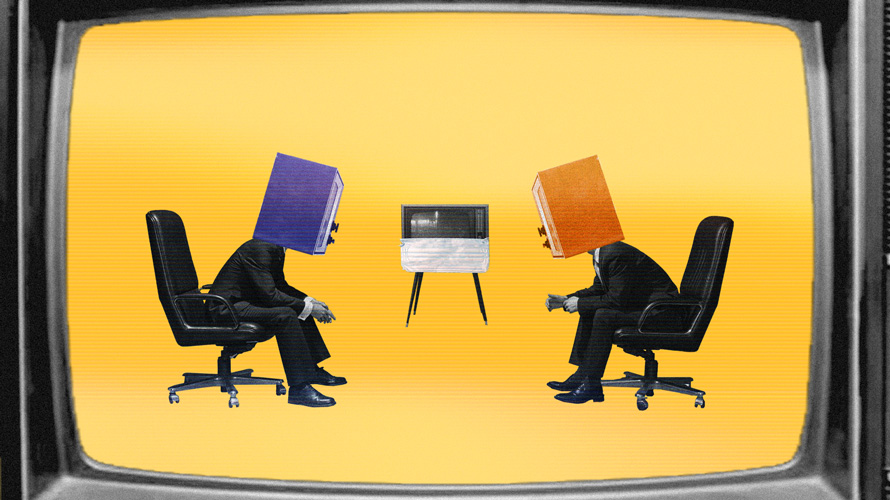 Even before the recent spike in Covid-19 cases, upfront pricing "was already going to be really tricky this year," said one buyer. - Credit by Photo Illustration: Trent Joaquin; Source: Getty Images

By early July of a typical year, most media companies have already wrapped up their annual upfront negotiations. But like everything else in the industry, that timetable was upended this year by the Covid-19 pandemic, resulting in a staggered upfront marketplace with some clients negotiating in the usual broadcast upfront timeframe, while others shifted to a calendar year upfront.

However, even for brands able to transact on a typical upfront timeframe, negotiations have largely stalled, with buyers and networks remaining far apart on pricing amid continued economic uncertainty. And the standoff has been exacerbated by the recent surge in coronavirus cases—particularly in big states like Arizona, California, Florida and Texas—which is forcing some brands to re-shutter their businesses and has buyers even more wary about committing to upfront pricing in case the market falls apart again.

Even with the return of live sports just weeks away—as Major League Baseball and National Basketball Association games are set to resume later this month—buyers are worried about the marketplace’s once-again precarious state.

Two weeks ago, “I would have said we’re doing great,” said one buyer, speaking anonymously, but the spike in Covid-19 cases “scares me.” Among agencies, added a second buyer, there is a growing concern that if those four states and others are shut down again, “are we back where we started? And what does that mean for the next six months, and our media budgets and media pricing for the next year?”

The Nasdaq hitting an all-time high last month “created this fake euphoria for a moment,” said Catherine Sullivan, chief investment officer for North America at Omnicom Media Group. “Some of the sellers are still sitting in a world where they feel like, ‘Oh, this is going to be over and it’s moving on.’ And I can say that, regardless of what industry my clients sit in, that is not the conversation that they’re having with me. So it’s a very interesting dynamic that’s playing out right now in the upfront marketplace.”

Upfront pricing “was already going to be really tricky this year,” with so much coronavirus-related uncertainty, said one buyer, also speaking anonymously—and that was before the recent increase in cases.

As a result of the surge, even buyers and clients who were ready to move in the upfront by late last month have rethought their plans. “Now I feel like we need to wait and see how this works out before we commit to something, because I don’t want to be the agency that commits to a, making it up, plus-five in pricing, and then the world falls apart again, and the media world falls apart, and it’s actually minus-five,” said a buyer.

"I don’t want to be the agency that commits to a, making it up, plus-five in pricing, and then the world falls apart again, and the media world falls apart, and it’s actually minus-five.”
anonymous ad buyer, on upfront negotiations
This adds another wrinkle to an already tense upfront marketplace. Other buyers pointed to the continued ratings erosion in primetime, despite the increase in viewers early in the pandemic (those numbers began to recede in May), which will only get worse if production shutdowns continue and series aren’t able to resume airing new episodes.

“Even if the economics of the demand show that the CPM should be a plus, how would you pay a plus for repeats, or why would you pay [more] for an inequitable schedule?” said one buyer. “I would never pay more for a weaker product. And there’s still so much uncertainty. The fall could get worse.”

“Of the six major sectors that you represent in advertising, all six of them were down [this year]. It’s just a question [of], are they down 15%, or are they down 40%?” Sullivan said. Because of that, “my clients are in no rush to see this market through.”

For now, buyers and networks are still having general conversations and looking for middle ground, but there’s little in the way of momentum.

The upfront market is “slow-moving,” agreed one major TV ad sales exec. “We’re in this holding pattern” because clients still don’t have a full understanding of their budgets as the pandemic continues.

Prior to the recent increase in Covid-19 cases, Disney ad sales chief Rita Ferro said at last month’s Adweek @ Home event that her company’s initial upfront conversations focused on streaming (the Interactive Advertising Bureau’s annual video ad spend study found that more than half of buyers are moving some of their linear ad spend to connected TV outlets like Hulu) as well as “big positions in sports” like ESPN’s Monday Night Football.

Disney, like most media companies, realizes that while some clients are ready for upfront negotiations now, for many other brands, “it’s going to be a slow, steady climb back—and we’re going to be there for both” and be flexible in negotiations, Ferro said.

Sports will save the day (maybe)

With upfront negotiations paused, buyers are eagerly awaiting the return of sports later this month—but worry about a repeat of mid-March, when leagues were quickly shut down in a 24-hour period due to Covid-19. Altogether, the NFL, NBA, MLB and NHL generated more than $6.5 billion in national ad revenue during their last full seasons, according to Kantar Media—money that has remained on the sidelines during the past four months.

Most brands that had purchased inventory in sports that were paused opted to keep their money in those leagues, “so we’ve had this money sitting off to the side,” said one buyer. As a result, there hasn’t been much new activity since the leagues announced their planned return to play, given that those earlier buys have been shifted into the new schedules.

Buyers are “cautiously optimistic” as live sports get even closer to airing, but “we saw how quickly it ended” in March, said a buyer. “It can quickly end again,” they said. However, “if it goes forward, it’s great for everybody: It’s great for advertisers, it’s great for TV, it’s great for the economy.”

"We could be a week into it, and the whole thing could shut down again."
anonymous ad buyer, on the return of live sports
@jasonlynch jason.lynch@adweek.com Jason Lynch is TV/Media Editor at Adweek, overseeing trends, technology, personalities and programming across broadcast, cable and streaming video.