Viewers No Longer Need a Cable Subscription to Stream Epix

Premium cable network rolls out OTT offering, for $6 a month 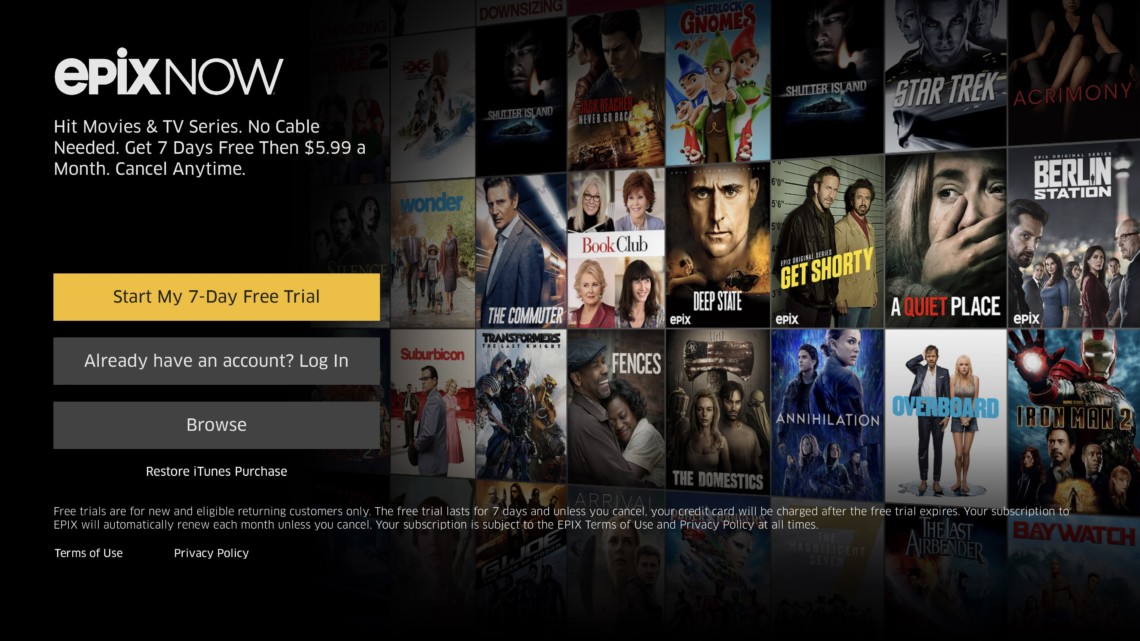 Epix Now is available on iOS and Android devices, and will roll out to other devices throughout the year.
Epix
Share
By Jason Lynch
|
February 10, 2019
Share

Epix had been one of the only remaining premium cable networks that was not available to stream without a cable subscription—until today.

The MGM-owned network has rolled out a direct-to-consumer offering, called Epix Now, that will allow viewers to stream Epix content for $5.99 a month.

“Epix is set up for its biggest year yet,” said president Michael Wright today at the Television Critics Association’s winter press tour in Pasadena, Calif.

In early 2018, Epix was available in just 40 million U.S. homes, said Wright. That number grew to 70 million homes in June after the network struck a carriage deal with Comcast’s Xfinity TV. Now, with Epix Now, the network can be seen in 120 million households, tripling its reach in less than a year.

For $5.99 per month, Epix Now subscribers will have access to original Epix series like Get Shorty, Berlin Station and upcoming Pennyworth, a Batman prequel focusing on Alfred Pennyworth (played by Jack Bannon), who later becomes Bruce Wayne’s butler. Viewers will also be able to watch thousands of movies in Epix’s library, and stream content in 4K Ultra HD on supported devices.

Currently, Epix Now is available on the app store for iPhone, iPad and Apple TV, and on Google Play for Android phones and tablets. It will appear “soon” on Roku devices and Amazon Fire TV, said Wright, and will roll out to other devices throughout this year.

Epix’s biggest premium cable competitors, like HBO, Showtime and Starz, have long had OTT offerings, allowing viewers to subscribe directly without going through a cable or satellite provider. Cinemax doesn’t offer an OTT option, but is available as an add-on feature for Amazon Prime subscribers.

Epix Now is the latest addition to the rapidly-growing OTT universe, a space that will become even more crowded during the next year as AT&T, Disney, Apple and Comcast debut their own  direct-to-consumer offerings.