AT&T, Disney and Viacom will soon join the fray, but do they know what they’re in for? 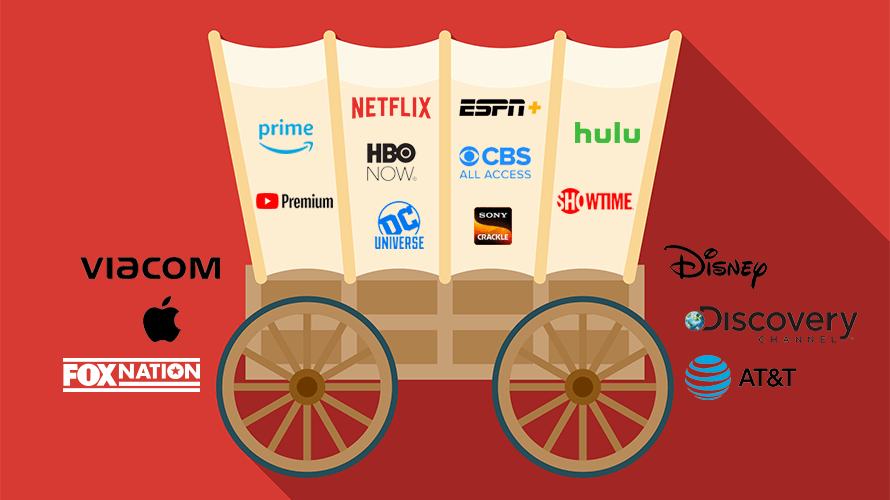 Is there any space left on the OTT bandwagon? Disney, Viacom and AT&T certainly hope so.
Source: Getty Images
Share
By Jason Lynch
|
October 11, 2018
Share

This year, the steady migration of media companies toward creating OTT offerings has turned into an outright stampede.

With brands like Netflix, Amazon Prime and Hulu leading the way, the direct-to-consumer space is now stuffed with competitors like CBS All Access, HBO Now, Showtime, YouTube Premium, Sony Crackle and, most recently, ESPN+, Bleacher Report Live and DC Universe.

With even more of the industry’s biggest names about to join the fray—including heavy-hitters Disney and AT&T—execs who have already spent years in the space said that their soon-to-be competitors might be overlooking things in their rush to jump on the OTT bandwagon.

“The inclination, I obviously agree with,” said Eric Berger, GM of Sony Crackle. “Companies that want to control their destiny, get closer to their customers and be able to provide a more customized service and solution for them—you need to be direct-to-consumer. You can’t work through third parties, as has been the structure of the industry historically.”

The next companies heading into the direct-to-consumer space include: Disney, whose eagerly anticipated OTT offering late next year will be the company’s “biggest priority” in 2019, according to chairman and CEO Bob Iger; Fox News, whose Fox Nation streaming service is coming later this year; Viacom, which said it will launch an OTT service in 2018 but hasn’t offered any details; and Apple, which has been stockpiling original TV series for more than a year.

"What you can’t do is just rush in and say ‘I’m doing it,’ and not think through all the pieces."
-Eric Berger, GM, Sony Crackle on creating an OTT service

They will now be joined by AT&T, which revealed plans on Tuesday to launch a new direct-to-consumer service late next year (the same timeframe as Disney’s offering). The currently unnamed service will feature HBO.

Discovery, Inc., meanwhile, is mulling its own OTT offering, but has yet to formalize any plans.

Experts warn, however, that entering the OTT space is easier said than done.

A direct-to-consumer launch is particularly tough to pull off in a compressed timeframe. “What you can’t do is just rush in and say ‘I’m doing it,’ and not think through all the pieces,” said Berger. “It’s a completely different way of creating, distributing and monetizing and marketing to audiences. It’s a different set of [skills], and a different set of assets.”

Another essential element of making the OTT leap is making sure there’s a built-in audience for the new product.

“One of the reasons I wanted to do it at YouTube was that I recognized that YouTube had billions of people in rotation, and even to market just on YouTube was going to be incredibly meaningful,” said Daniels. “That is an undeniable leg up in the most competitive time in the history of content.”