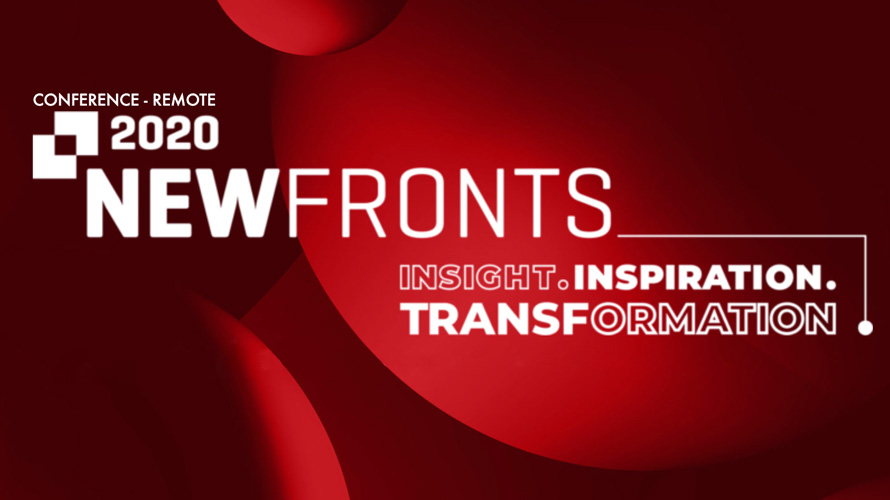 This year's NewFronts will take place from 12-4 p.m. ET, beginning on Monday. - Credit by IAB

It has been a long road for the Interactive Advertising Bureau’s 2020 Digital Content NewFronts, which were postponed for two months and underwent a significant presenter overhaul as a result of the Covid-19 pandemic.

But at long last, the weeklong virtual event is ready to kick off on Monday. The IAB finalized the NewFronts schedule on Wednesday and has registered more than 8,500 attendees for the presentations, which will be held each day from noon-4 p.m. ET.

IAB president David Cohen spoke with Adweek about what attendees can expect from a NewFronts unlike any in history. (Cohen will soon share more insights as part of Adweek’s annual NewFronts roundtable, in the upcoming June 22 issue.)

Historically, NewFronts events are held three hours apart to give attendees plenty of time to travel from location to location around New York. “In years past, we have been bound by time and space and getting people to venues,” said Cohen. “And now, we have literally no limit to the number of people that could be exposed to it, the amount of insights and content that we could deliver.”

Additionally, former HQ Trivia emcee Scott Rogowsky will host a daily live show at noon previewing that day’s NewFronts programming as well as a live wrap-up segment to close out each afternoon.

Each day’s programming will begin at noon on the NewFronts streaming site, which is hosted by Vimeo. Only two programs—Hulu’s Monday presentation and YouTube’s Thursday Brandcast event—will not be hosted on the Vimeo site.

The events are “a mix of live and taped content,” said Cohen, though most presentations will be prerecorded.

If attendees miss any programs, all of the presentations (aside from Hulu’s and YouTube’s) will be available to stream on demand beginning June 29, after the conclusion of NewFronts week.

A much larger audience

The IAB expects to have nearly 10,000 registrants by Monday, when NewFronts week begins—a significant increase in attendees over previous years, when even the largest NewFronts venues could only hold a maximum of 3,000 people.

And given the recent important conversations about the need to bring a more diverse talent pool into the marketing and media industries, the IAB has also been working with historically Black colleges and universities to give their students free NewFronts access, “so that they could see the industry that they could potentially join,” said Cohen.

“That would be almost impossible to do in a traditional setting,” he added, but is possible given the virtual format.

While a virtual NewFronts format lacks the usual opportunities for in-person networking, “we’re looking for connectivity that could exist after the event,” said Cohen, who said the IAB has partnered with BrandVerge to “build in connection points between buyer and seller after the NewFronts, so they could continue the conversation and transact some business.”

Even as upfronts week collapsed due to Covid-19, the IAB was adamant about keeping the usual weeklong NewFronts format. “We thought that there was value in a weeklong experience, and it would be better for us to present this to the marketplace at the same time, rather than doing it sporadically,” said Cohen.

“Everyone is looking for the best use of their time. Everyone is looking for optimizing how they consume information. We have [approximately] 30 different presenters; having that spread out over several weeks would be a pretty ineffective use of time,” he continued. “But there was value in us having the digital ecosystem on display, the best of content and technology during the week.”

What about next year?

One of the biggest questions going into this year’s NewFronts is whether this virtual format is one-and-done or a blueprint for what the event could look like in the future.

While “predicting the future is a notoriously tricky business,” Cohen said, “we are pretty sure that the events business will be forever changed. And it will take more of a hybrid complexion than what we have seen in the past.”

Going forward, “we’re not going to end live events, but there will be a really robust virtual component, which will allow a far bigger swath of the industry to view the content,” said Cohen, who elaborated on this thoughts about the future of NewFronts events in this video for Adweek:

A call to arms

Cohen will use his NewFronts welcome address early Monday afternoon to talk about the IAB’s Tele://Vision initiative, an industry call to arms to rethink how TV is bought and sold. It outlines seven principles the IAB believes should occur to more closely unite sellers and buyers, including the need to agree on a universal, standard definition of an advertising impression.

“All the conversations that we’re having, and we have many of them, we’re trying to solicit folks to come on board,” said Cohen of the initiative.

The IAB had been talking with his members about industry challenges as consumers move from screen to screen, including differences in measurement and pricing. This initiative is addressing “friction points” that no one else is tackling, Cohen said, including automation and trying to eliminate “a lot of manual labor in the execution of cross-screen video buys.”

Another upcoming workshop is focused on marketplace dynamics, including timing, which Cohen noted “has gotten quite the limelight in the past week” following the ANA’s call for a “transformative” industry shift to a calendar upfront. However, timing “is just one piece of the overall equation,” said Cohen.