After recent hikes, most services now offer a monthly $40 package 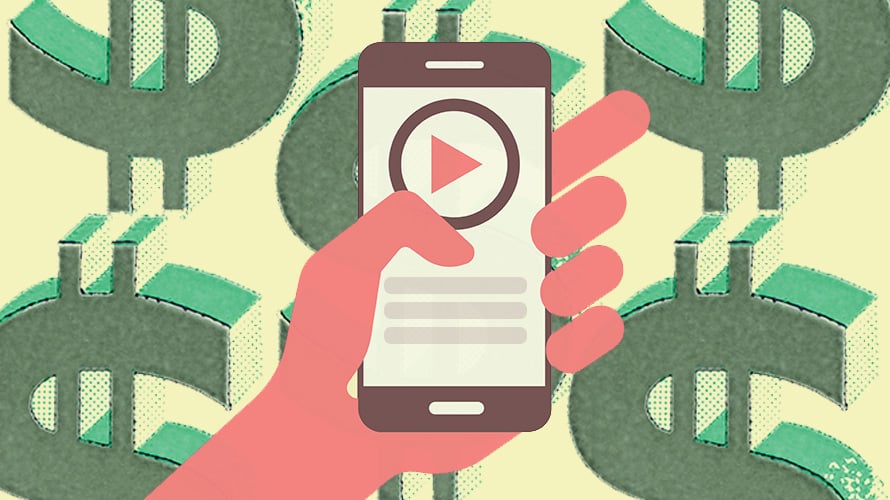 It turns out those too-good-to-be-true deals offered by several live TV streaming video platforms were indeed too good to be true.

AT&T’s DirecTV Now, Dish’s Sling TV, Sony’s PlayStation Vue and Google’s YouTube TV have each recently raised their monthly package prices by $5 a month, a move that media experts say can be expected so they can afford the costly licensing fees to have access to certain channels on their platforms.

“I’m not surprised prices are being raised, and nobody in this industry should be,” said Dan Rayburn, a streaming media expert.

The content licensing fees are too high to offer consumers packages at a price that makes the platforms money, Rayburn said. Instead, the larger parent companies are able to absorb the loss.

“At the same time, they’re in a bit of a bind because they’re out there saying these services are better than TV and comparing them to broadcast cable TV. For some it’s a valid comparison, for others it’s not,” Rayburn said.

DirecTV Now will increase its starting price to $40 per month, which is “in line with the market,” an AT&T spokesperson said. DirecTV Now’s new price goes into effect July 26 for new customers.

“I don’t think, from a financial perspective, there was a long-term prospect that they were able to keep costs down. There’s just too much pressure to raise costs,” said Brad Adgate, an independent media consultant.

Spokespersons for Dish and Sony referred to their original announcements about the price change in response to a request for comment. Google did not return requests for comment.

YouTube TV raised its prices to $40 per month for new customers in February. Likewise, PlayStation Vue announced it would raise the cost of the basic package by $5 per month to $40 for current and new customers to “keep pace with rising business costs,” said Dwayne Benefield, vice president, head of PlayStation Vue, in the announcement. In addition, Sling TV said it would increase the cost of one of its packages by $5 to $25 for current and new customers.

“Our team works hard to negotiate fair programming deals, with the goal of keeping your price as low as possible,” Sling TV group president Warren Schlichting wrote in a note online. “Programming fees, however, only go one direction, and that’s up!”

When Google announced it was increasing its monthly fees, YouTube TV added Turner channels, including TNT, CNN and TBS.

“It’s becoming harder and harder for them to say it’s so much better than TV and so much cheaper and oh, by the way, we’re raising prices again,” Rayburn said.

Viacom CEO Robert Bakish, whose company is not a part of some live TV streaming offerings including YouTube TV and Hulu, cautioned Adweek last year that the initial rates for many of those packages were “not economic on a sustainable basis today.”

Bakish added, “If you talk to the CEOs of any of them, they’ll tell you the same thing: ‘We can’t make any money,’ which is probably code for, ‘We’re losing money on a variable basis.’”