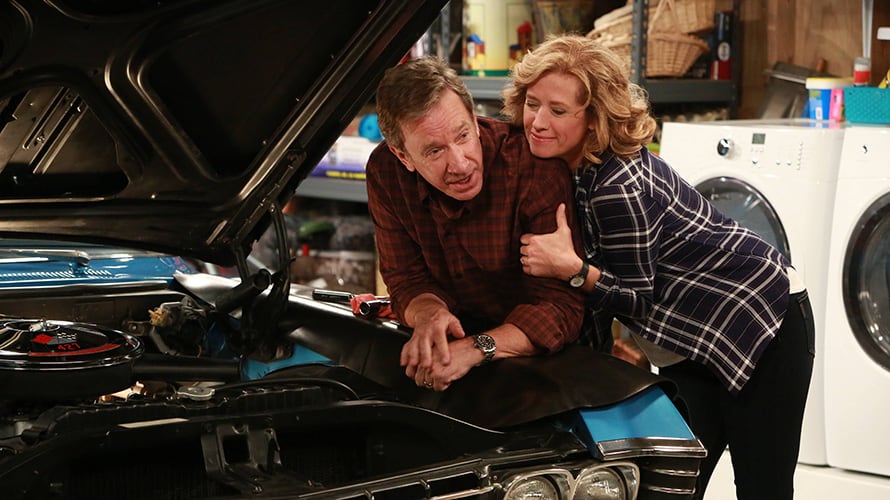 Two months after setting the schedule for Fox’s marquee fall primetime show—Thursday Night Football—the network has locked in the rest of its premiere dates for the 2018-19 TV season.

The network announced today that its revival of the Tim Allen sitcom Last Man Standing, which Fox picked up in May one year after ABC canceled it, will make its Fox debut on Friday, Sept. 28.

Several of the network’s fall shows will debut during the first week of the new TV season, which begins on Monday, Sept. 24. That includes Thursday Night Football, which Fox outbid CBS and NBC to land for the next five years. The first game will air on Sept. 27, with the Los Angeles Rams hosting the Minnesota Vikings.

But prior to the official start of the new season, Fox will use a pair of Sunday NFL doubleheader games to launch new comedy Rel (on Sept. 9) and last season’s midseason breakout 9-1-1 (Sept. 23) ahead of their time slot debuts.

The second part of 9-1-1’s two-part premiere will air a day later in its regular Monday time slot, following medical drama The Resident, which will also have its season premiere on Sept. 24.

Tuesday, Sept. 25 will see the debuts of The Gifted and Lethal Weapon.

Thursday Night Football’s Sept. 27 kickoff was announced back in April with the rest of the NFL 2018 broadcast schedule.

The network will use football to drive viewers to its Last Man Standing revival, which premieres the following night on Sept. 28, along with new sitcom The Cool Kids and Hell’s Kitchen.

If any of the Friday shows perform strongly this fall, they’ll have to move to a different night in October 2019, when Fox begins broadcasting SmackDown Live on Fridays year-round as part of a new five-year deal with WWE.

After college football on Saturday, most of its Sunday lineup returns on Sept. 30: The Simpsons, Bob’s Burgers, Family Guy and Rel, which will have its time slot debut three weeks after its post-NFL preview.

Fox is the third broadcaster to announce its fall premiere dates, after NBC early last week and The CW a day later.

During last month’s upfront event, Fox Television Group chairmen and CEOs Gary Newman and Dana Walden made several bold predictions about how their network will fare this fall with the addition of Thursday Night Football: The network’s 18–49 demo rating will increase by “double digits,” Fox will have “its highest audience circulation in years” and its live viewing will also grow. The network will have “82 percent real-time consumption of our content this fall, more than any of our competitors.”

The premiere announcement comes as Comcast and Disney are fighting over Fox’s parent company 21st Century Fox. Disney is currently in the lead, after increasing its Fox bid to $71.3 billion last week, and receiving conditional approval from the Justice Department on Wednesday. However, neither company will own Fox Broadcasting, which will be spun off prior to the sale, along with Fox News, Fox Sports and Fox Business Network.

Here is the entire premiere schedule for Fox’s fall shows (new programs are in all caps):