With New Producing Partner Lyft, Billy Eichner Revives Billy on the Street as a Web Series 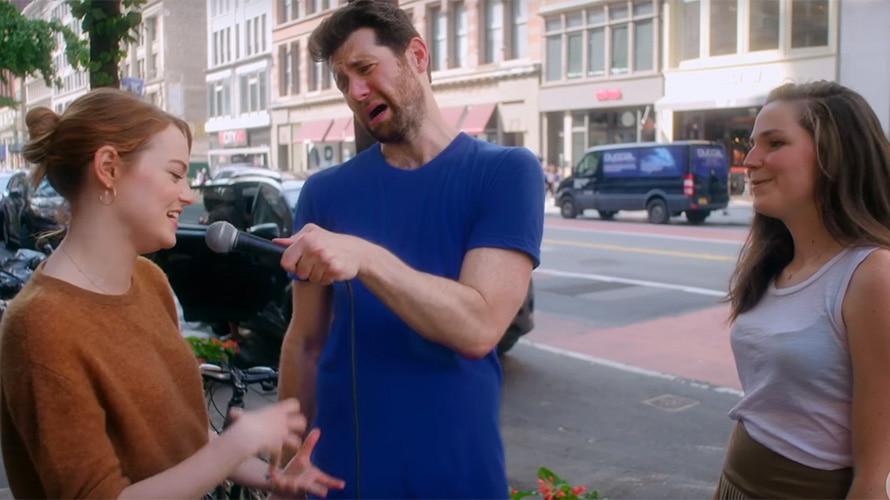 A year after signing off on truTV, Billy Eichner’s comedy game show and interview hybrid Billy on the Street is back, now as a short-form web series co-produced by Lyft Entertainment.

The sixth season of the series—in which Eichner and a celebrity guest speak with passerby on the streets of New York—premiered today, with an episode featuring Emma Stone.

As Eichner explains in the intro, “You know, there are so many questions on our minds these days. Will our country always be this divided? Are our civil rights again at stake? Will the United States continue to alienate our closest allies? Will our president be convicted of a crime? So we’re about to hit the streets to ask New Yorkers when they think Emma Stone will join Instagram.”

This is the third iteration of Billy on the Street, which began in 2011 and ran for three seasons on Fuse. In 2015, it moved to truTV for two additional seasons.

This year, the series, which is executive produced by Funny or Die, added Lyft Entertainment as a producer. A Lyft Entertainment bug appears through the episode, though the show doesn’t otherwise mention or spotlight the ride-sharing company.

All of this season’s episodes will be available on the social media platforms of Eichner and Funny or Die, as well as YouTube and FunnyorDie.com.

IT'S HERE!!! BILLY ON THE STREET with EMMA STONE!!!!!!!! BILLY'S BACK!!!!! #BillyontheStreet pic.twitter.com/O9aFemDaxe

Eichner has been focusing more on acting in recent years, including a role in the new season of American Horror Story, which debuted last night on FX.