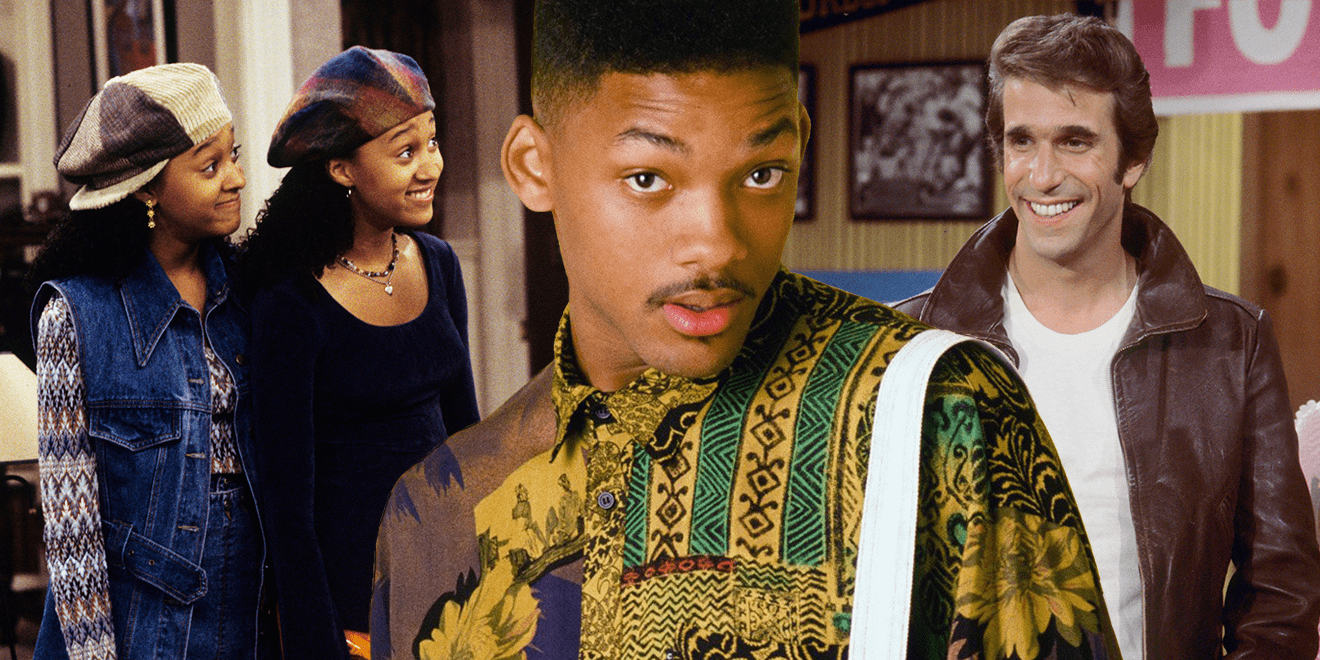 Streaming services have been coming in hot with a plethora of original content over the past few years. Since 2013, shows like House of Cards (Netflix), The Handmaid’s Tale (Hulu) and Transparent (Amazon) have all racked up hardware during awards season.

Still, sometimes there’s nothing better than curling up with your favorite old sitcom. Since the last time we checked, in 2015, some favorites—including Golden Girls, Buffy the Vampire Slayer and A Different World— have been added to streaming services. Still, there are so many classics that are nowhere to be found.

Here are a few we’d like to see on Netflix, Hulu or Amazon soon:

Set in 1950s and 1960s Milwaukee, this show follows the Cunningham family and portrays quintessential life in the Midwest during that time period. The show features Hollywood titans Ron Howard, Scott Baio and Henry Winkler as the classic Fonzie.

A spinoff of Happy Days, best friends and polar opposites Laverne DeFazio and Shirley Feeney were acquaintances of the aforementioned Fonzie. The show focuses on the two women and their lives working as bottle cappers at the fictional Shotz Brewery.

The Fresh Prince of Bel-Air

It’s been 28 years since Will Smith stole our hearts as the Fresh Prince. A kid from West Philadelphia is sent to live with his aunt and uncle in California after being involved in a fight. Briefly, he fights the move, but after seeing how his family on the West Coast lives, he settles in just fine.

Grab your swimsuit and sunscreen and head to the beach to relive the iconic slow motion run from Baywatch’s opening credits. While this soap opera contained a lot of sun, sand and suits, it also tackled tough topics. In 2017, Dwayne “the Rock” Johnson and Zac Efron starred in a film adaption of the show. While the movie is available for streaming on Amazon and Hulu, the series is not.

After being fired from her day job and dumped by her longtime boyfriend, Fran Fine finds herself in a posh uptown New York City neighborhood banging on the door of a Broadway producer trying to sell cosmetics. She ends up landing a job as a nanny for the producer’s three kids; the opportunity changes her life.

Welcome to 13-year-old Lizzie McGuire’s world, where drama consists of being an outfit repeater and having an embarrassing little brother. Like many of Disney’s original series, this show isn’t available on any major streaming services. Although not confirmed, it’s reported that Disney original movies and television shows will be available on Disney’s forthcoming streaming service in 2019.

It was hard not to immediately fall in love with Tia and Tamera Mowry when they first graced our screens in 1994. Sister, Sister brings twins separated at birth back together just in time to experience high school.

This British sketch comedy series aired in the late ’60s and early ’70s on BBC and BBC2. The show featured sketches that dabbled in dark humor and poked fun at British life. Currently, this show isn’t streaming anywhere in the U.S., but old episodes can be purchased on iTunes.

When the Jeffersons “moved on up” to the east side of Manhattan, patriarch George Jefferson thought he’d finally get the respect he deserved. Unfortunately, that was not the case. The Jeffersons still dealt with racism and issues of not being taken seriously despite George’s successful laundry chain. The series was abruptly cancelled in 1985 after 11 seasons and 253 episodes. Still, it’s one of the longest running American sitcoms.

When Samantha married ad exec Darrin Stephens, he didn’t know she was from a secret society of powerful witches. Upon discovering Sam’s secret, he makes her vow to never use her powers again, she agrees, but struggles throughout the series to give up her life of magic—the only life she’s ever known. This 1960s series isn’t available to stream, but it is getting an ABC reboot thanks to writer and producer Kenya Barris.

Stand-up comedian and actor Martin Lawrence plays protagonist Martin Payne, an arrogant radio talk show host living in Detroit. The series follows Martin, his girlfriend and eventual wife Gina and his friends as they work and play in the city. While not available for streaming, individual episodes can be purchased on all major media services.

Girlfriends follows four black women as they deal with dating, divorce, job triumphs and setbacks. The show’s creator, Mara Brock Akil, went on to create The Game, Being Mary Jane and current OWN network hit Love Is. Episodes can be purchased on iTunes and Amazon.

is a freelance writer.