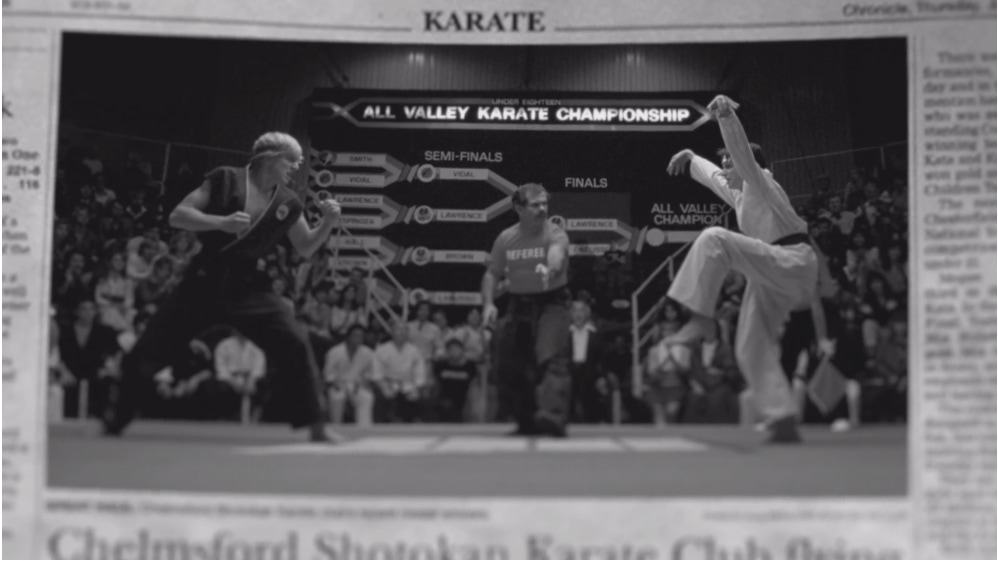 ESPN is helping YouTube promote Season 2 of Cobra Kai, its Karate Kid revival. The two teamed up to create a faux segment of ESPN’s popular 30 for 30 docuseries focusing on the karate tournament featured in the iconic 1984 movie.

Called Daniel LaRusso vs. Johnny Lawrence, the special revisits the 1984 Under Eighteen All Valley Karate Tournament as part of YouTube Premium’s promotion for Season 2 of Cobra Kai, which debuts April 24.

The segment features Ralph Macchio and William Zabka, who appear in character as LaRusso and Lawrence, as well as Martin Kove, who plays John Kreese (and also appears in Cobra Kai’s new season).

In true 30 for 30 fashion, the segment spotlights controversies surrounding the fictional event, including whether LaRusso’s famous “crane kick” was in fact a legal move. (“Clearly, not only was it illegal, but it was violent and potentially deadly,” says Zabka’s Johnny Lawrence.)

“You’ve got to remember, in 1984, there was no internet,” Levy said. “There was no YouTube, no ESPN+, none of that. You either went to the movies, or you went to an actual karate tournament itself.”

The 30 for 30 special concludes with footage teasing Cobra Kai’s return.

When Cobra Kai debuted on YouTube Premium—at the time, it was called YouTube Red—a year ago, the company hoped it would be its House of Cards.

And while the series has boosted YouTube Premium, YouTube has subsequently changed its approach to original content and is focusing more on unscripted fare going forward. But, the company is still putting its marketing muscle behind Cobra Kai, judging by the new 30 for 30 segment.