With Cobra Kai, the feisty service shows it's ready to take on its streaming rivals 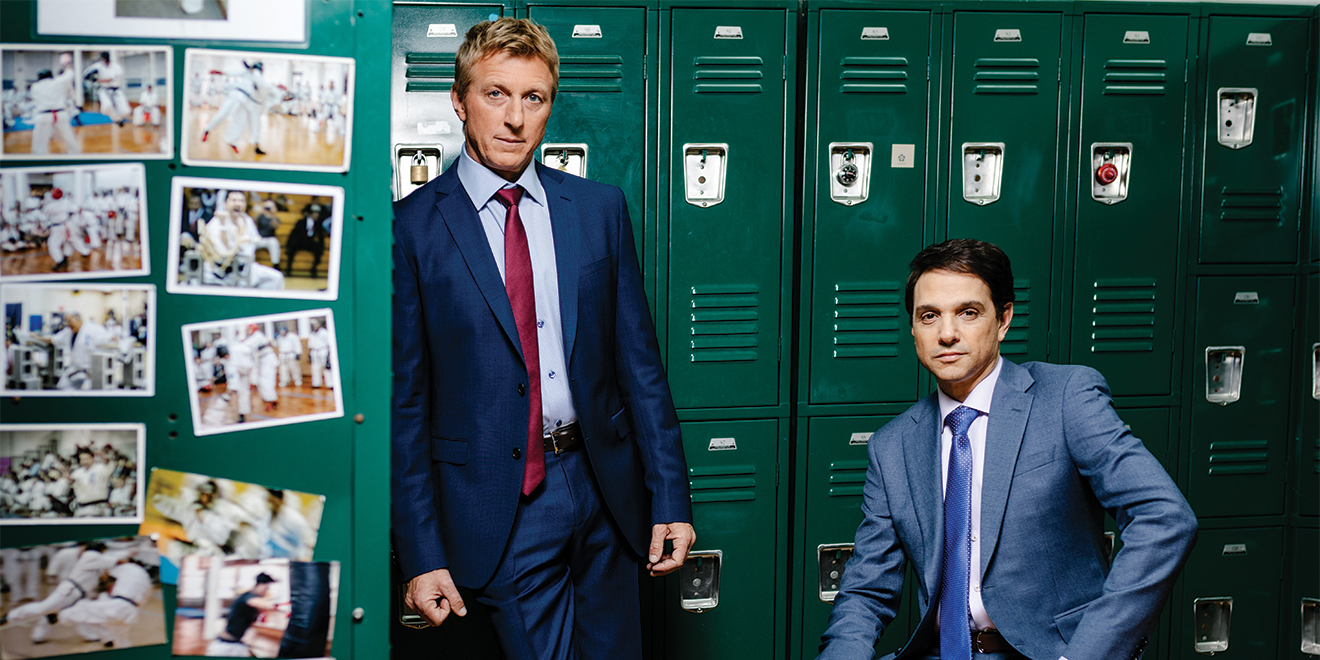 In the iconic 1984 film The Karate Kid, Daniel LaRusso’s sensei, Mr. Miyagi, tells his protégé, “man who catch fly with chopsticks, accomplish anything.” Well, perhaps anything except convince Ralph Macchio, who played LaRusso in three Karate Kid films, or William Zabka, who portrayed his nemesis Johnny Lawrence in two movies, to return to the franchise. “I’ve always been very protective of this franchise and this role. I said no for 30 years because it was always easier to let the legacy stand as what it was, as opposed to try to go back to the well and fall short,” says Macchio. Or as Zabka puts it: “There’s the danger of you tip your hat too much in that way, and there’s no way to get out of it. I always joke that my career’s over the day I do a flying sidekick to a potato chip in a headband as a commercial. That was the thing I feared the most.”

But now, 34 years later, Macchio and Zabka have reunited for the new series Cobra Kai, a modern-day revival of the Karate Kid franchise, which spawned two sequels, a 1994 revamp (with Hilary Swank stepping in for Macchio) and a 2010 reboot, starring Jackie Chan and Jaden Smith. Yet even more surprising than their return is the platform that the new dramedy is airing on. After interest from streaming heavyweights like Netflix and Hulu and linear networks like TBS about airing the series, all 10 episodes of Cobra Kai’s first season will be streaming on YouTube Red—YouTube’s subscription video on demand (SVOD) service—beginning Wednesday, May 2. 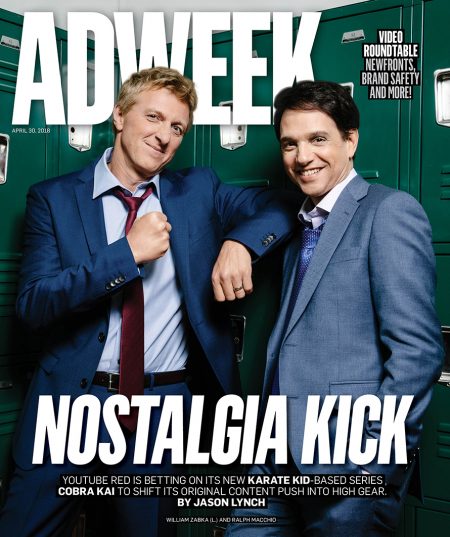 Cobra Kai will provide the brightest spotlight yet for YouTube Red, which launched in fall 2015. For $10 per month, the service offers ad-free access to YouTube videos, YouTube Red originals and audio platforms YouTube Music and Google Play Music. “I want YouTube Red to be the subscription service you can’t live without,” says Susanne Daniels, YouTube’s global head of original content—and she thinks Cobra Kai could be the show that finally makes that happen.

The series premieres one day before YouTube’s annual Brandcast extravaganza on Thursday, part of this year’s NewFronts, during which the company will attempt to put its brand-safety issues behind it and dazzle buyers with new ad offerings centered around TV, the living room and its original shows. Moving into original content—Cobra Kai is one of 30 new films, series and specials that Daniels’ division will release this year—is “a natural progression” for YouTube, says Michael Venables, executive director, digital, Hearts & Science, who noted that, much like Netflix, the company began more as “a service provider and then evolved to be in content creation.”

Cobra Kai, which picks up three decades after the events of the first film, finds Zabka’s Johnny down on his luck, trying to make ends meet as a handyman, and reminded at every turn of his high school foe Daniel, who now runs a successful chain of local car dealerships. A series of mishaps, some involving their high-school-aged children, prompt Johnny to reopen his old Cobra Kai karate dojo, much to Daniel’s dismay.

“It’s the ultimate fan fiction: for us, it’s what J.J. [Abrams] is doing with Star Wars,” says Hayden Schlossberg, who serves as Cobra Kai’s creator and showrunner alongside longtime pals Jon Hurwitz and Josh Heald. “But it was a completely different thing at the same time. By going in with the antagonist of the original movie as our protagonist, at least for the first episode, it was more original while being a continuation.”

The 1984 film, in which Macchio’s Daniel learns karate from Mr. Miyagi (the late Pat Morita) and defeats Johnny in the Under-18 All-Valley Karate Tournament, was a touchstone for many ’80s kids, but perhaps none more so than Hurwitz, Heald and Schlossberg. Back then, “there were no Pixar movies. You had Back to the Future, E.T. and Karate Kid as the first big stories you got sucked into,” says Schlossberg. And the film’s themes about fatherhood and bullying “weren’t done in a way that was comical and silly; they really resonated,” adds Heald. 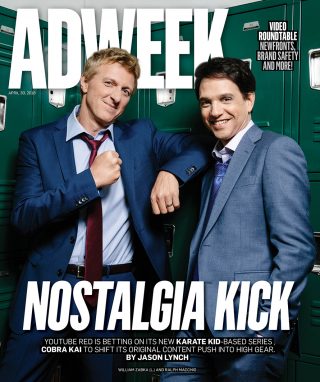