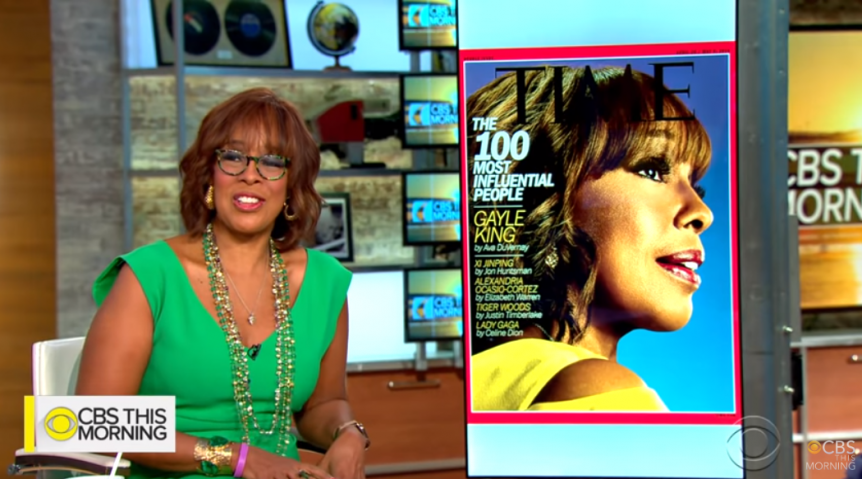 When Time editor in chief and chief executive Edward Felsenthal announced the Time 100 Most Influential People – 2019  today on CBS This Morning, he made one person sitting a couple feet from him especially happy.

CBS This Morning co-host Gayle King was named to the list for the first time.

Writer/Producer/Director Ava DuVernay wrote this for the magazine about King:

“We’ve spoken of her in an adjacent manner. We’ve regarded her in the context of others. But when you have the heart of Gayle King, that’s not necessarily a negative thing. You’re just fine not being the most known person in the room. In fact, you’re genuinely happy for the person who is.”

DuVernay later added: “The fact that this year she is being lauded as one of the all-time great broadcast interviewers is simply the perfect signifier, a few decades overdue.”

“I was so touched to read her words, I actually had to read it twice, and it just made me think again about how much I love this job, and I love the people that I do it with. And it was so unexpected to me – you just have no idea what this means to me.” –@GayleKing on #time100 pic.twitter.com/pO8Q56jO7X

“I was thinking of my dad, who so loved the news and so loved us watching the news, and I thought the news was so damn boring…and here I am doing the news and being honored this way by your peers…I have no words,” King said on the broadcast.